designing, developing and manufacturing wireless web-enabled communication systems for monitoring and control of all energy assets 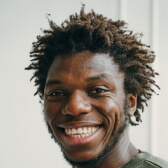 Cheap, Small and in Control

“During this time we have developed for NYCHA the Computerized Heating Automated System. CHAS has been used successfully by NYCHA to centralize all of its boiler plants and heating operations. NYCHA has received several awards for the use of this centralized system. This system was pioneered by Intech 21 at the Castle Hill NYCHA Development."

The New York City Housing Authority (NYCHA) is the recipient of the "Energy Project of the Year" award for a number of heating and lighting upgrades to Castle Hill Houses – a complex of 14 residential buildings and more than 2,000 apartments in the Bronx. The Association of Energy Engineers (AEE) selected NYCHA's energy management project among others in a regional judging that included several states

The Bronx is Greening: How the Boogie-Down Borough Is Leading in Alternative Energy

Make them pay for it. Read how Georgetown Mews, a 37-building, 930-unit co-op made the transition to submetering. 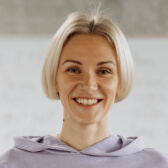 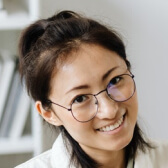 With the passage of the Massachusetts Electric Industry Restructuring Act in 1997, the commonwealth began reshaping its once highly regulated electric industry. The result is competition for your energy business from a range of energy services firms and competitive power suppliers

"The units installed, designed and produced by Intech 21, will also allow for individual tenant monitoring of electrical usage, resulting in savings for our residents, if Con Ed ever allows billing by actual usage or re-institutes its demand response program."

There's certainly no disputing the value — or the cost — of electric power to modern living and the economy. And information about the energy we use has a value all its own.

That value lies in cost savings and energy conservation, and the Massachusetts High Technology Council has set its sights on bringing those benefits home to Bay State businesses via the Mass Energy Alliance (MEA), a partnership of the MHTC and New York-based Intech 21 Inc.

The Massachusetts High Technology Council said it has formed a business alliance with Intech 21 of New York to offer companies advanced energy control systems, such as wireless and Web-based systems to monitor and manage energy consumption in offices, factories, and apartment buildings. The council said the newly formed Mass. Energy Alliance has a ''letter of intent'' with Boston-based AES NewEnergy to install 50 of the systems for commercial customers in Massachusetts, including five at EMC Corp. plants in Hopkinton and Westborough. The systems can link heating and cooling equipment by radio to Net-connected servers to automate energy conservation and consumption monitoring.

Residents of city Housing Authority apartments who love taking long hot showers, leaving the lights on, or perhaps keeping the radio and TV going all night, had better watch out.
‍
"If the way we use energy in our developments doesn't change, eventually NYCHA will have the change the way we calculate energy usage," said Margarita Lopez, environmental coordinator for NYCHA. "People will be in a situation where they will have to pay." 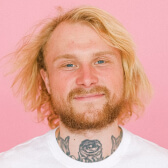 Fill out the form.  We'll contact you and get started on learning your system.
Address:
21 Harbor Park Drive North
Port Washington, NY 11050
Thank you! Your submission has been received!
Oops! Something went wrong while submitting the form.

Click the button below and send us an email with your information so we can start learning about your system today.
Send an E-mail
Address:
21 Harbor Park Drive North
Port Washington, NY 11050